Welcome to our drawing tutorial on how to draw a spider. We’ve based this tutorial on a wolf spider as it has a striking iconic body and looks a little creepy. 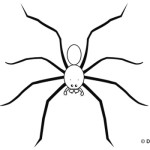 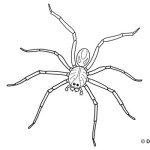 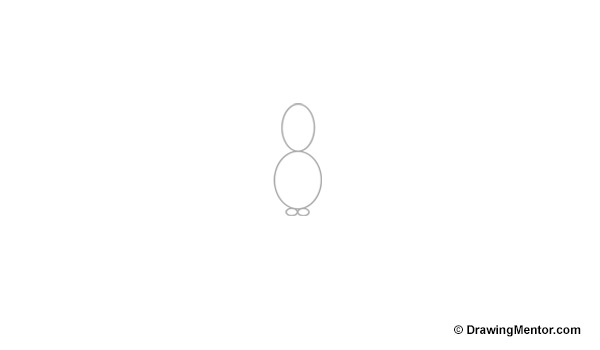 To begin, draw an egg shape on it’s end, and draw a second, slightly smaller egg shape sitting on top of the first shape.
Then draw two small oval shapes sitting at the bottom of the big egg shape. See image above. 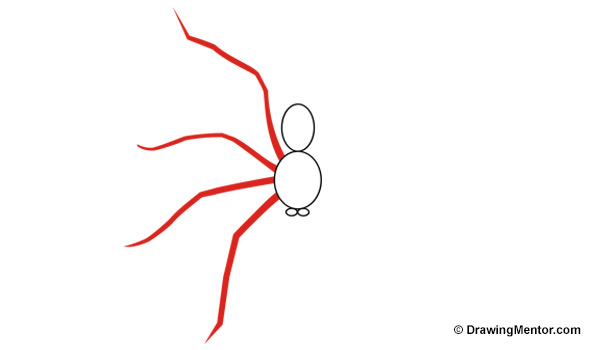 Now draw the legs. Each leg has between 3 to 4 sections or bends in it. See the image above for how long the legs should be and the shape. Take your time here. 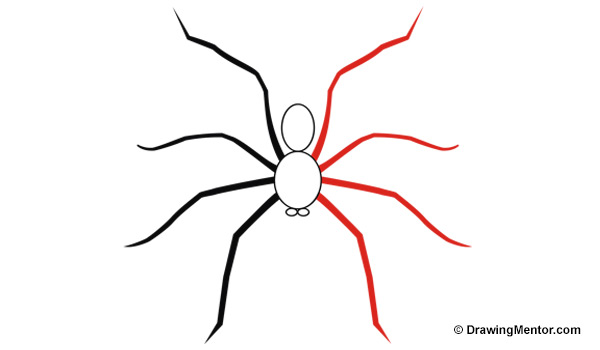 In this step, we’ll add the legs on the other side, just as we did in step 2. 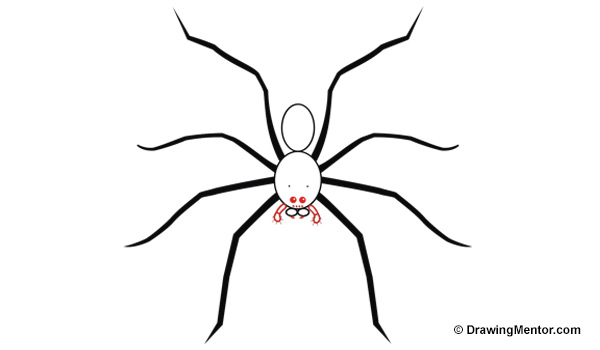 With the main body and legs done, our spider is taking shape. Now lets add the eyes. There are eight eyes, varying in different sizes. Then draw the fangs in on either side of the face below the eyes. See image above. 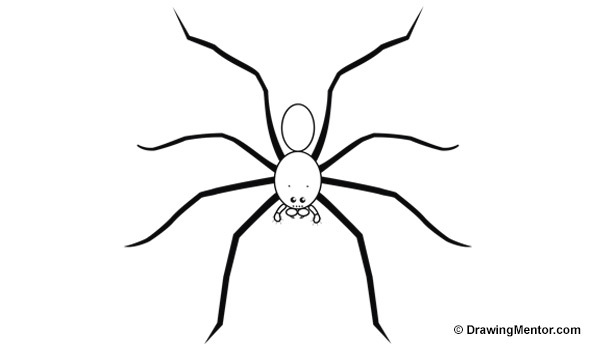 And we’re done! Now you can add patterns and stripes to the body any way you want. Why not change the size of the eyes or perhaps draw a web behind your spider. Have fun! 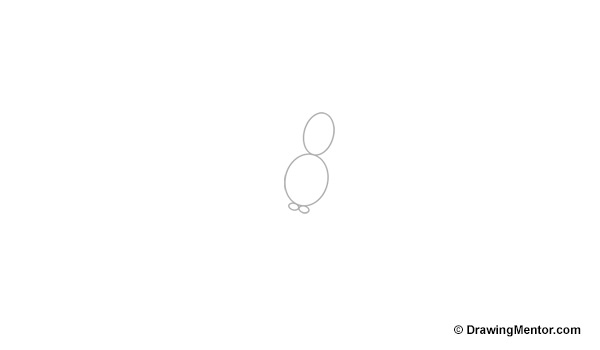 First, draw an egg shape on it’s end for the body. Then draw a second egg shape that is smaller and sitting above the first shape. See image above. Now draw another two smaller oval shapes below the first big egg shape. 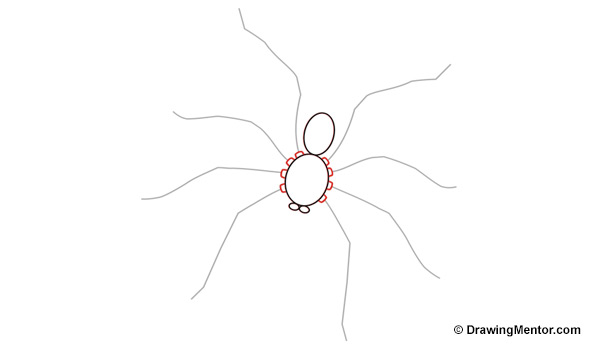 Now let’s draw eight lines as guide shapes for each of the legs. At the point where the legs connect to the body, draw a small semi-circle which is the leg join to the body. Do this for each leg. Use the image above as a guide.

Then we’ll draw the front legs on both sides. Each leg has about five sections. Using the leg guide lines from our previous step, draw the four front legs. 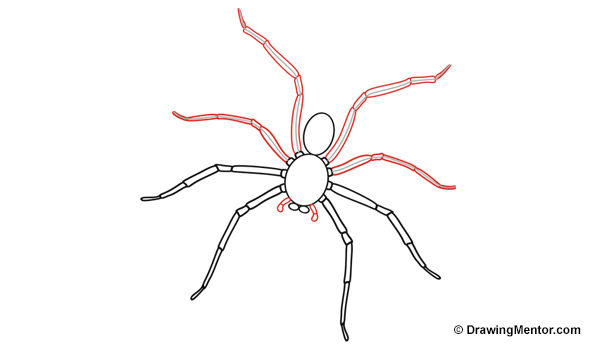 Draw the four back legs just like we did the front legs in the previous step. Then draw in the mouth limbs on both sides of the mouth oval shapes. Our spider is starting to come alive! Refer to image above. 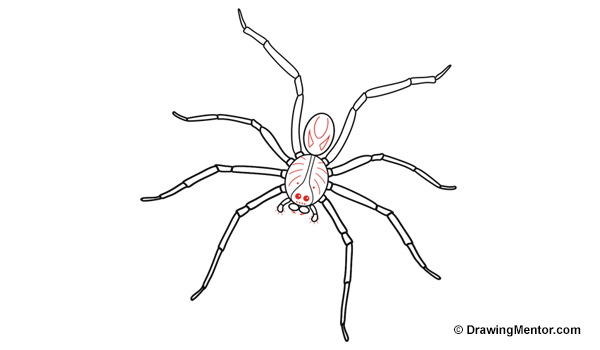 Now draw in the two large eyes, the smaller eyes on the back, and the two fang tips on the end of the small oval shapes we had drawn in step one. 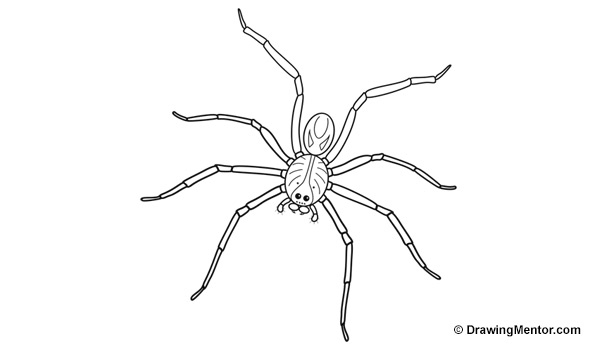 Now add some lines around th mouth limbs for hairs and then draw lines and shapes on the body to create some interesting patterns.

If you enjoy learning how to draw a spider, you may also like these!