3, 2, 1 … launch! Blastoff into space and learn how to draw a rocket ship with this easy 4-step drawing tutorial for beginners. 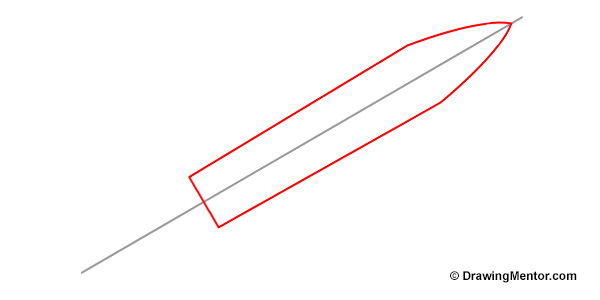 Start off by drawing a guide line that will be the center of the rocket. Then draw the basic shape of the rocket body as shown in red in the image above. The shape is a long rectangle that comes to a point at the top. 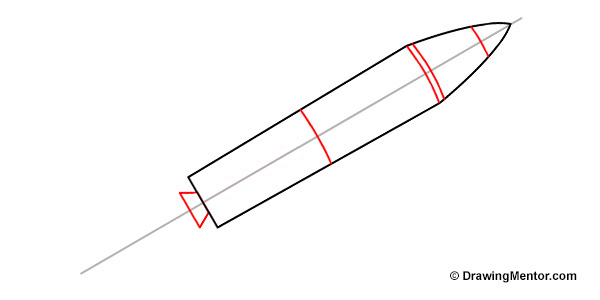 Now let’s add the rocket booster at the back. Let’s add a long, thin rectangle down the center of the rocket body for the tail fin that’s facing us. Then add four lines down the body with the fourth line creating the tip of the rocket. See image. 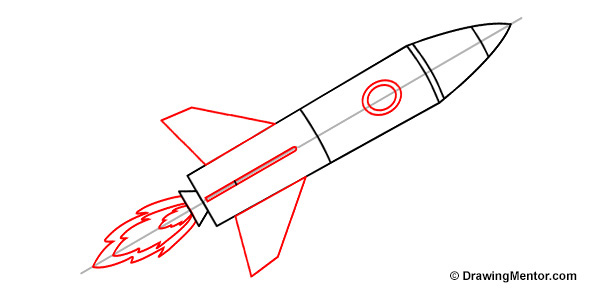 Draw the flames coming from the rocket booster. Now let’s add the two other tail fins and then draw the porthole window. 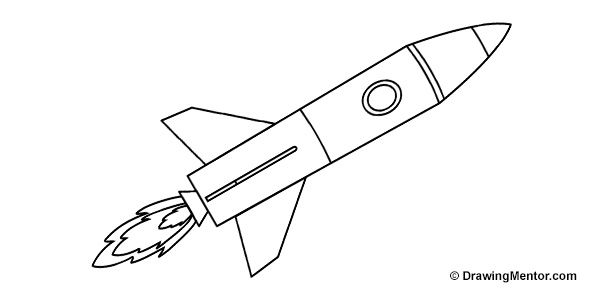 All complete! Go ahead and make the rocket flames as big as you like! You can even draw a face of an astronaut in the window looking out into space.

We hope you enjoyed leaning how to draw a rocket. You may also like these tutorials below!