Dip your toe in the water and learn how to draw a goldfish quickly an easily with this 7-step tutorial for beginners. This is an iconic design of the beloved pet goldfish which has become the most popular household pet fish in the world. 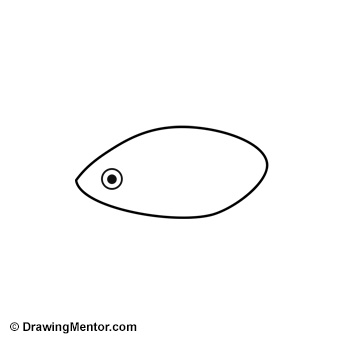 Draw an oval shape circle on an angle. This forms the general shape of the body. Take your time getting this shape right. Then draw a circle for the eye and a dot for the pupil of the eye at about half the size, placed in the center of the larger circle. 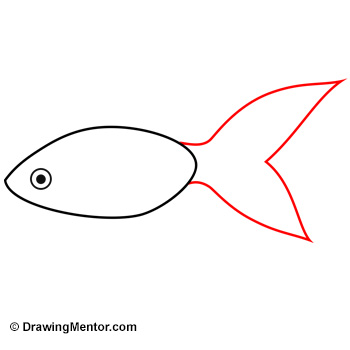 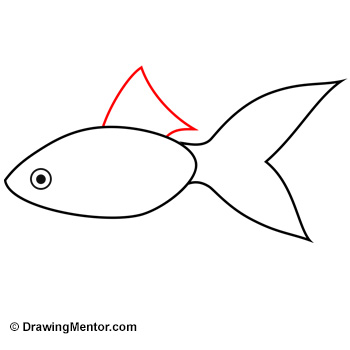 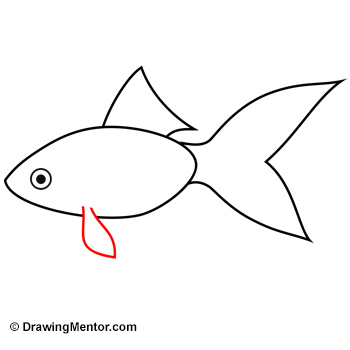 In this step we’ll draw the smaller front fin. This fin is directly below the top fin, at the bottom of the goldfish body. Draw an arc downwards at about 45 degrees and have it end just past the bottom tip of the tail over on the right. Then draw another curved line back up to the body. This fin kind of looks like a leaf. 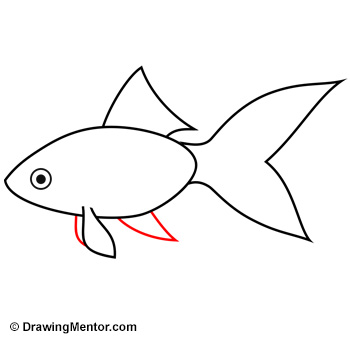 Now let’s draw the front fin on the far side of the goldfish with just one line. Draw an arc starting just in front of the front fin, down and inwards to meet the front fin about halfway. It’s just one curved line.

Now let’s draw the back fin, this is a super-easy piece to draw. This back fin sits halfway between the tail and the front fin. Draw an arc from the body down at 45 degrees stopping about the same distance as the bottom of the tail. Now draw a curved line back up to the bottom. See image on the left. 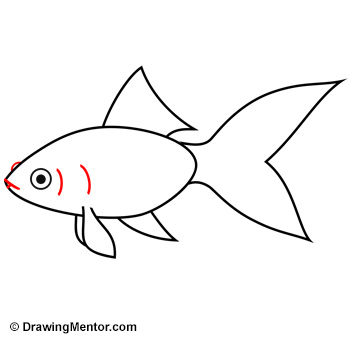 Now it’s time for some cool details. First let’s draw the mouth, by drawing a line from the front of our body and stopping before the eye. Now directly above this, let’s draw one arc to be the eye on the far side of the body.

Now for the gills. Draw an arc behind the eye to become the front gill. Then draw a longer arc for the second gill which sits above the front fin. See image on the left. 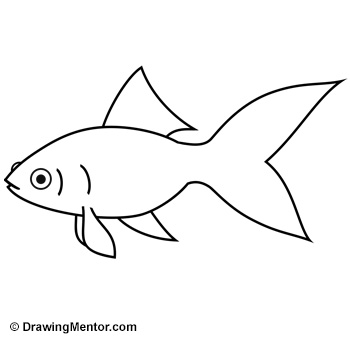 And now we’re complete! If your body line is passing through your front fin you can erase that small section. Remember, you can make your fins and tail any shape you like!

We hope you enjoyed leaning how to draw a goldfish. You may also like these tutorials below!