In this tutorial we’ll learn how to draw a snail moving along the ground. This is a six step tutorial suitable for the beginner and intermediate skill level. 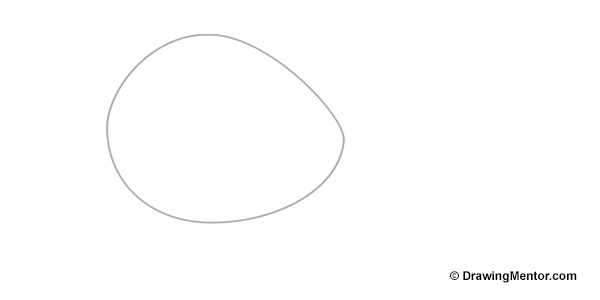 Start by drawing an egg shape laying on its side. This will form the basis of the shell. 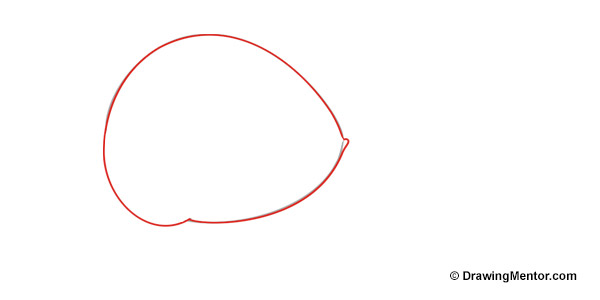 Using the shape drawn in step 1, now trace that shape but add in the front shell lip and the spiral bulge section. See reference image above. 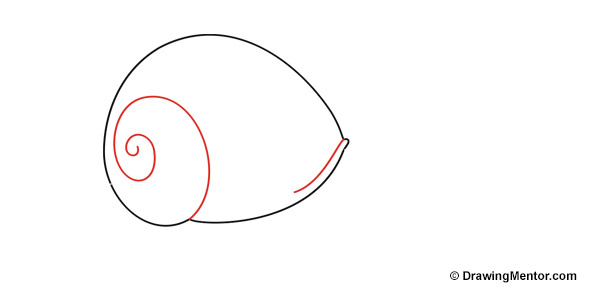 Now we’ll add in the spiral line to form the curled shape of the shell. Then draw a line down from the front lip to extend the lip down to be longer and refine the shape. 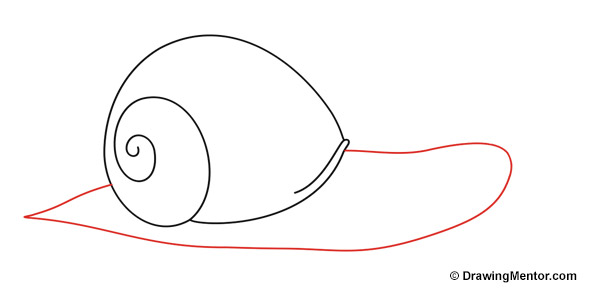 Let’s add the body. Start by drawing out to the right from just under the front lip, then curve back around like a bean shape. Continue this line down and to the left underneath the shell and out to form the tail of the slug-like body. Finish by drawing the tail line back towards the shell. 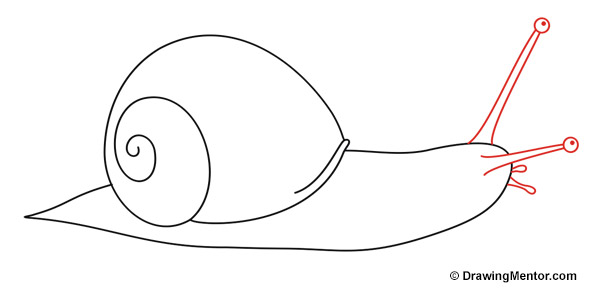 Now let’s add the eye antenna and mouth. Draw two lines up at 80 degrees and creating a circle at the top to form the antenna. Do the same again for the second antenna, drawing out to the right of the head at about 20 degrees.

Finally, add the two mouth feelers underneath the antenna. Refer to the reference image above. 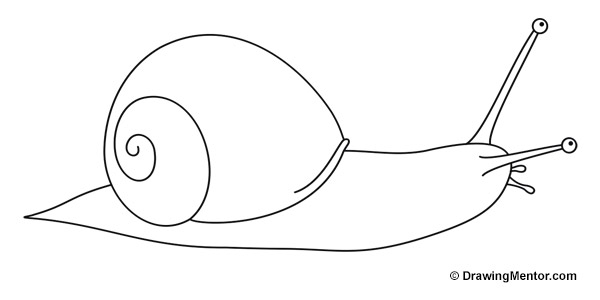 And we’re finished. Go ahead now and add extra details like a slimey trail from behind where the snail has moved. Colour in the shell and add some patterns. Have fun!

We hope you enjoyed leaning how to draw a bat. You may also like these tutorials below!